Criminalizing solidarity: The Greek state's war on the movements 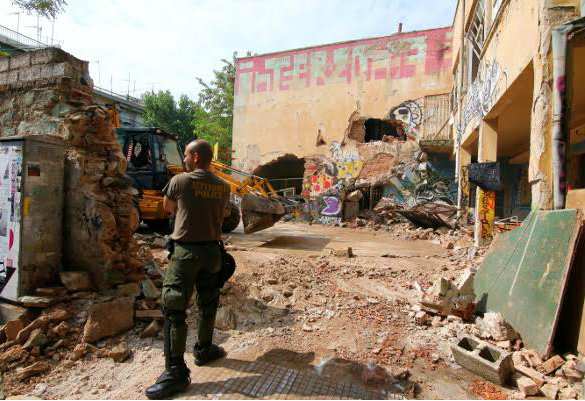 In the early morning of July 27, refugee families and supporters who were sleeping at Thessaloniki’s three occupied refugee shelters — Nikis, Orfanotrofeio and Hurriya — were woken up by police in riot gear. In a well-orchestrated police operation, hundreds of people were detained. Most occupants with refugee status were released, while some were transported to military-run refugee reception centers. The rest of the occupants, 74 people of more than a dozen different nationalities, were taken into police custody.
Immediately after Orfanotrofeio was evacuated, bulldozers marched in and demolished the building, an abandoned orphanage “donated” five years ago to the enterprising Greek Orthodox Church by a previous government. Under the rubble were buried tons of clothes, foodstuffs and medicine collected there by grassroots solidarity structures to be distributed to refugee families in need. Hours later, No Border Kitchen, an autonomous structure providing food to refugees in the island of Lesvos, was also forcefully evicted by the police.
On the next afternoon, the 74 occupants of the three occupied shelters were transported to Thessaloniki’s courthouse in handcuffs by heavily armed police, where they were cheered upon entering by hundreds of supporters, despite the debilitating heat of the Greek summer. The nine occupants of Nikis squat were condemned to four-month suspended sentences for occupation of a public building. The trials of the 65 occupants of the Orfanotrofeio and Hurriya shelters were postponed due to lack of interpreters; everyone was provisionally freed. Charges include “disruption of household peace” and “damage to property” — this last one an accusation fabricated by greedy owners who demand large compensations for supposed damages to their long-abandoned and unused buildings.
The response of the movements to the attack was swift and included the symbolic occupations of the headquarters of the governing Syriza party in Thessaloniki and other cities; marches and protests all over the country; the occupation of the Drama School of the local university, to be transformed into a center of struggle; and the rescuing of the refugees who were transferred from the occupied shelters to refugee camps — most of them vulnerable — back to safe places. To that we should add the mobilization of a big volunteer legal team to organize the defense of dozens of activists in three separate trials.
Nevertheless, the response was asymmetrical, as by Wednesday’s operation the police liquidated in just one day a great part of the infrastructure patiently constructed by the grassroots movement for solidarity with refugees over the last year. The raid and eviction of the three occupied refugee shelters thus marks another episode in the undeclared war of the Greek government against grassroots solidarity efforts.

HUMANITY IN SPITE OF EVERYTHING

Since the summer of 2015, when Greece became the main path to Europe for people fleeing war, repression and poverty in Asia and Africa, the refugees who crossed the country encountered the Greek people, who had endured five years of austerity shock treatment, who had seen their lives degraded and their social, political and labor rights vanishing in a very short period of time.
Despite the hardship, the ordeal of the refugees was generally not met with xenophobic reflexes, but with authentic empathy and solidarity on behalf of the population. The voices of the extreme right — which only a few years back had been organizing pogroms against immigrants in collusion with the armed forces — were marginalized, and Greek society generally demonstrated an outpouring of solidarity towards the immigrants. 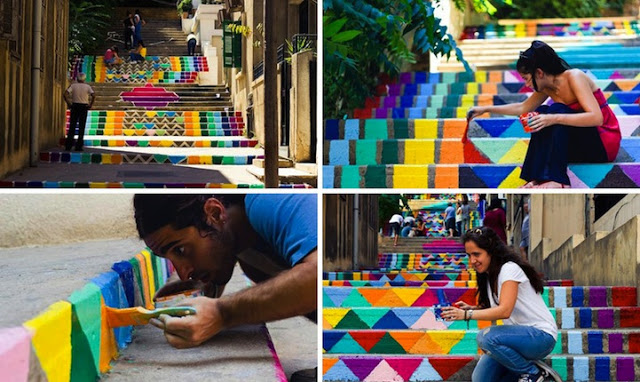 Video: "Towards a radical cooperativism against the crisis of imagination" - Athens Biennale 2015

A needs-based economy and a radical cooperativism can help us overcome not only the tyranny of the market, but also our own inability to imagine our welfare outside of it.